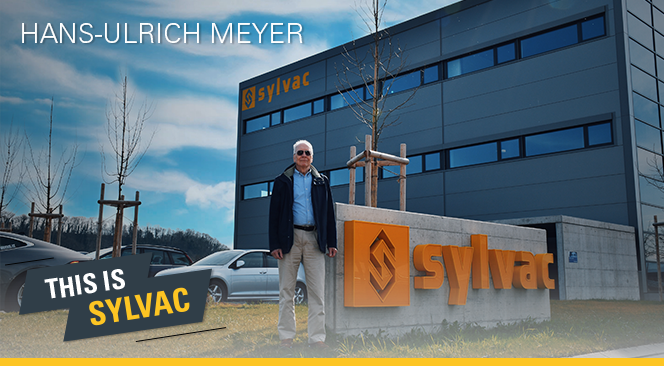 It is Hans-Ulrich Meyer, one of Sylvac's founders, who brought basic research into the company. From the early days, he was at his father's side and then alone, and was responsible for the development of the first column measuring systems. He is brilliant, sharp in his domain and has a particularly sharp analytical mind.

In 1969 he helped his father and his cousin in the development of an electronic clock which was a failure. In order to improve himself, he decided to reinforce his knowledge in electronics after his studies as a mechanical engineer.

Hans-Ulrich left to complete a Masters degree in electronics and worked in the USA in the 1970s, where he corresponded with his father on the digitization of mechanical measuring instruments.

Back in Switzerland, Hans-Ulrich Meyer develops the « système linéaire de mesure à variation de capacité» (SYLVAC : linear measuring system with capacitance variation) for the measuring column. This is the first of a long series of sensors that have made it possible to digitize such common instruments as calipers and micrometers.