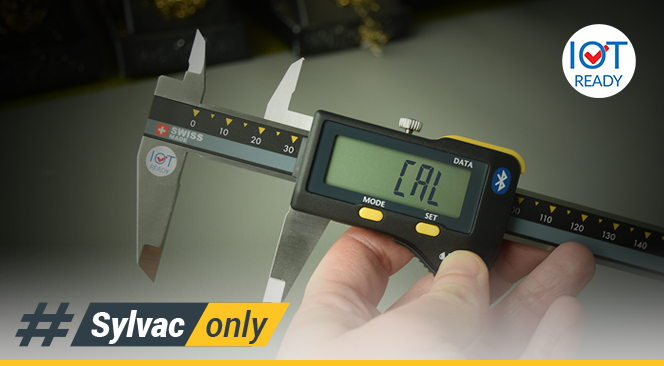 During several recent visits, my interlocutors expressed to me their concern that "unverified measuring instruments, whose periodic calibration date had expired, continued to circulate in their workshops when they should have been recalibrated".

One of them insisted on "the difficulty of removing them from users on time", despite everything he had been able to put in place: stickers on the instrument itself which sometimes disappear, lists not kept up to date, absence of the person in charge when the time came, and so on.

When I introduced him to the new feature offered by Sylvac for all IOT generation instruments, enabling to lock the instrument remotely when the calibration date has expired, his eyes widened! Sylvac responded exactly to his problem by no longer allowing the use of an uncalibrated instrument. I can still see him looking incredulously at the caliper with the term -CAL- displayed on the blocked instrument.

I had just converted a new user; Sylvac brought him the function he was waiting for!